Jun 27 by EPT Admin | No Comments on BPO Championship: “Big Dog” Flushes One Away 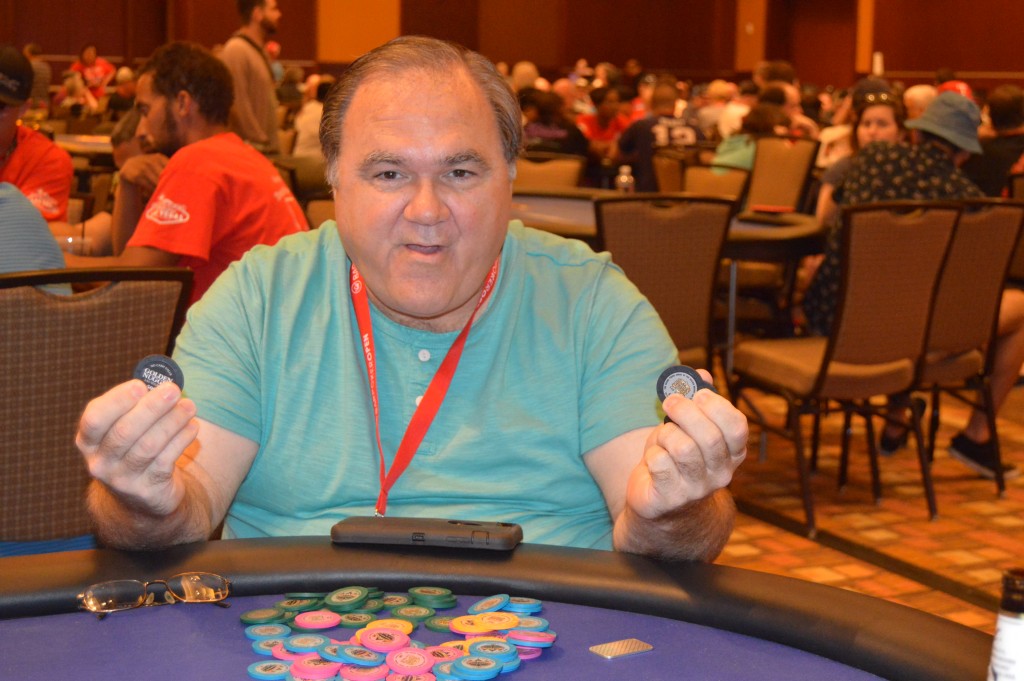 There has been no shortage of action at table 52 that’s for sure. Just after Tim McPhillips was involved in a massive pot that sent one to the rail, we saw another big hand.

We arrived at the table just in time to see John “Big Dog” Dowling raking in a large pot. On a board of Q♣Q♦5♣2♦J♣ Dowling showed A♣8♣ for the nut flush. Unfortunately for his opponent he was holding the K♣10♣ for the second nut flush. Dowling earned the elimination doubling his starting stack and stacked his newly acquired chips with a smile.