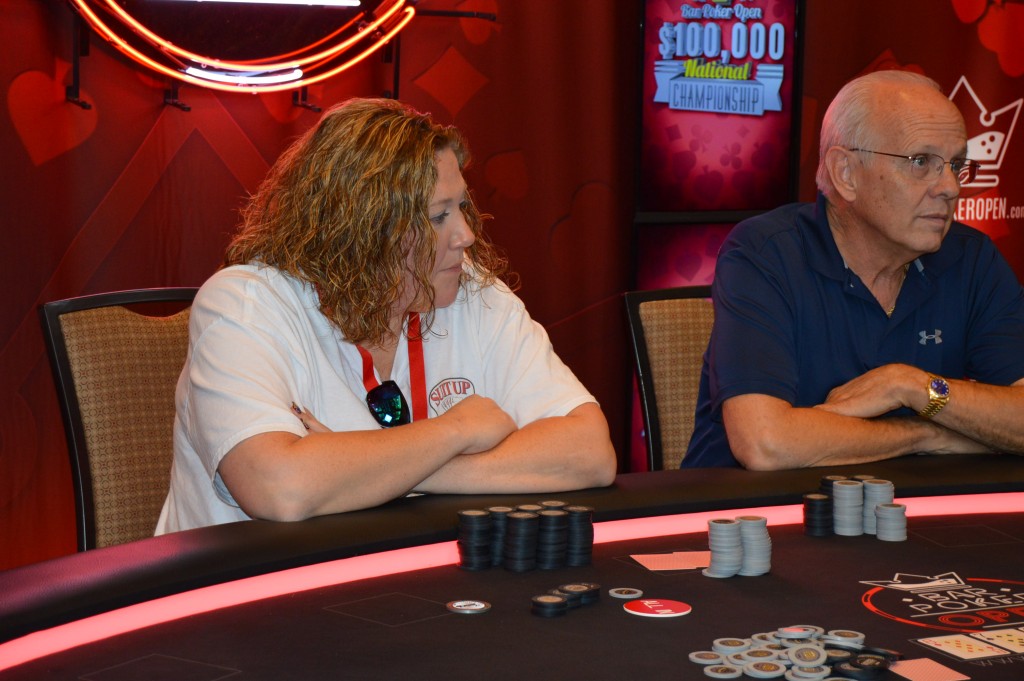 Debbie Yurga (Suit It Up Poker)

They see a flop of 4♣5♥5♠ and it’s no help to Yurga. The turn is the 10♥ and Yurga will need a king or queen on the river to survive. The K♠ hits the river and Yurga spikes her king. The players on the rail erupt in cheers as many of her Suit It Up Poker team members are here showing support. Willmeth is left crippled after the hand but manages to double his very short stack just one hand later.