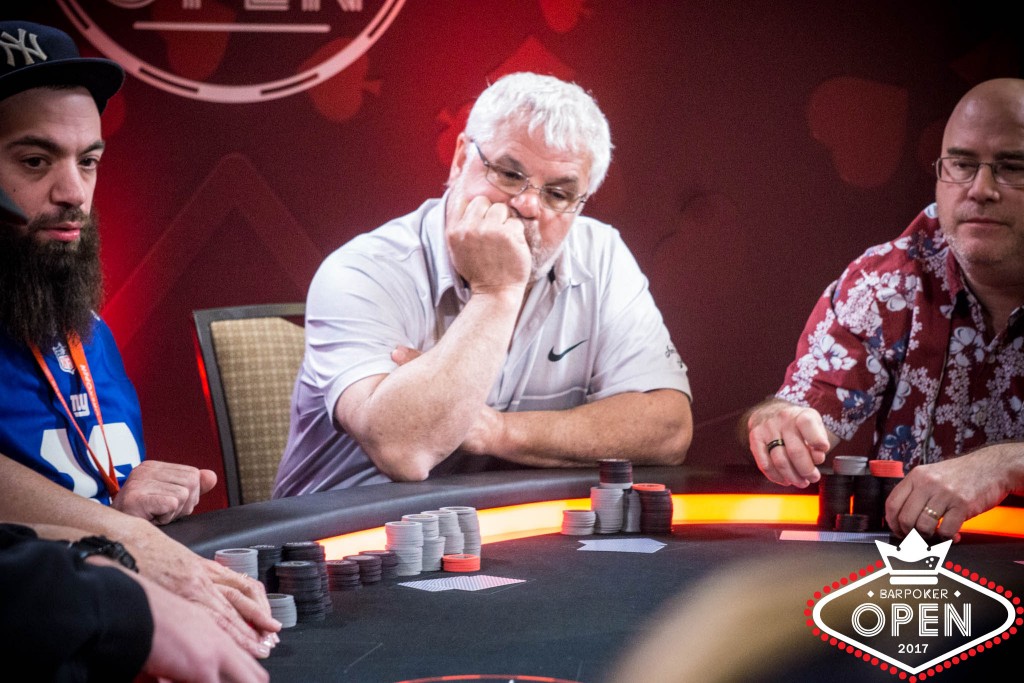 Glenn Resch was eliminated on the first hand of the final table and Jim Gardner put himself at risk on the second. He moved all in for 890,000 and action folded to Caryn Bustos in the small blind. She thought for a moment and called for a chance at a second straight knockout. Adam White released his big blind and they were off to the races.

Gardner needed to catch to stay alive but the Qh Qs 2h 9h Js board was not good enough to keep in the game.