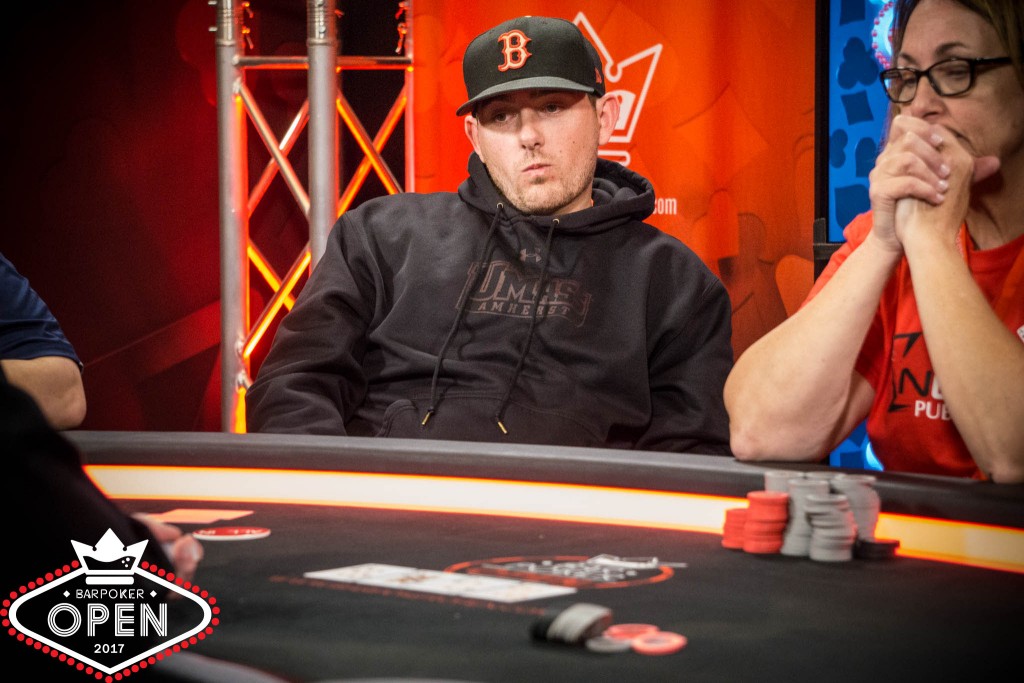 It was a roller coaster level for Adam White. He picked up a double through Nick Sims after the break for some breathing room the was caught him in a hand against Zach Preta.

Those were all in from the big blind for less than the big blind and two other players limped along for the 300,000 price tag. Caryn Bustos picked up another knockout when her 8d 8c was tops against White’s Jd 8s to send him out in fifth place.