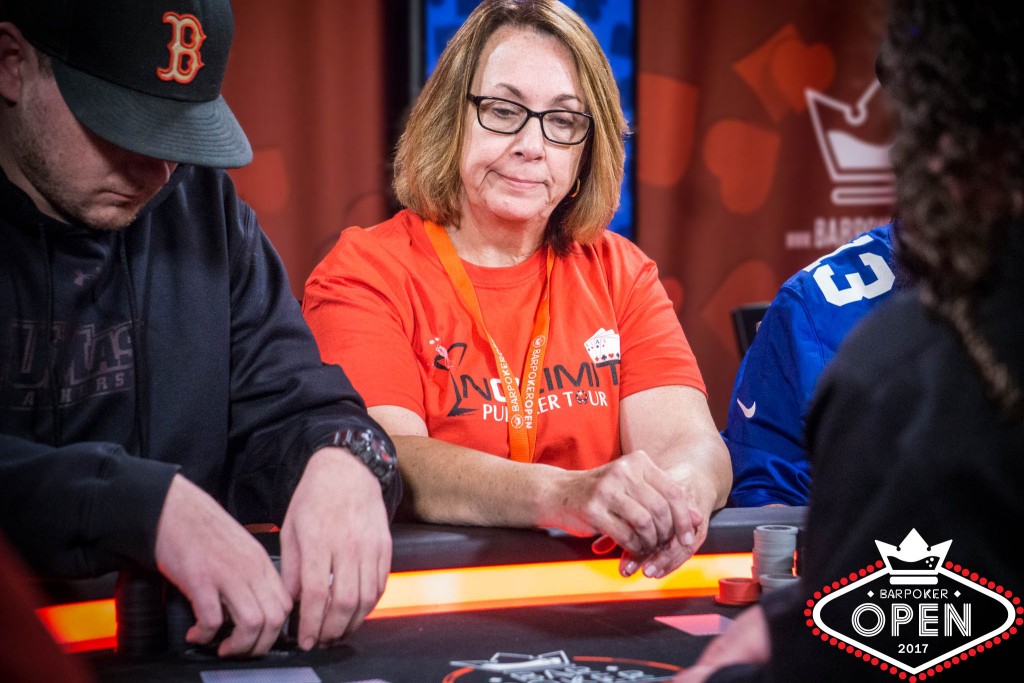 The blinds increased and Sue Kennedy found a hand to try to double back in the game. She moved all in after Zach Preta opened from the button 1,500,000 and he quickly called.

Kennedy was dominated and she couldn’t catch as the board ran 9h 6d 4d 2c 7s to send her out in third place.