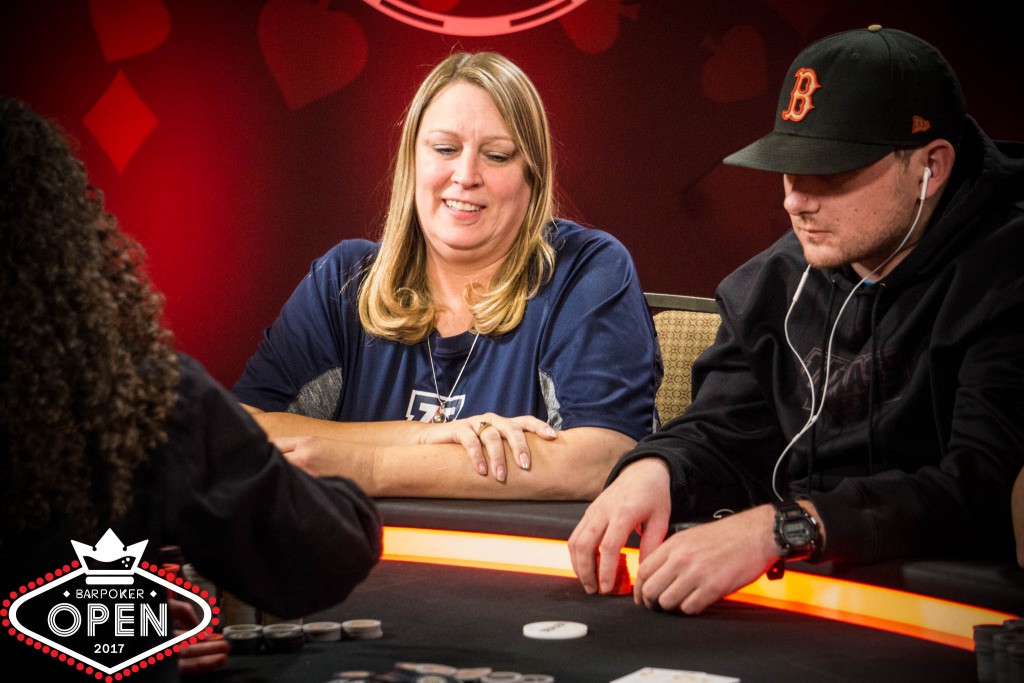 The longest stretch of play at the final table occurred during heads up action. Caryn Bustos began with a big chip deficit against Zach Preta but she battled back to even the battle without getting all in. The deciding hand saw Bustos raise from the button and called all in after Zach Preta moved all in.

They both held similar stacks and Bustos was ahead for the massive pot with Ah 7d against As 5h. Both players had a loud cheering section on the rail and both were yelling at the top of their lungs.

But the rail for Bustos pushed the volume higher when she nailed the Qs 7c 6d flop to take a huge lead in the hand. Preta needed miracle running cards but was drawing dead after the Ts turn.

The dealer and tournament director counted down both stacks and Bustos had Preta covered by only two antes. Bustos put her head in the hands then began celebrating with her friends. The Poker Pub Arizona player picked up $40,407 for the win with Preta banking a very nice $21,674 for his efforts. 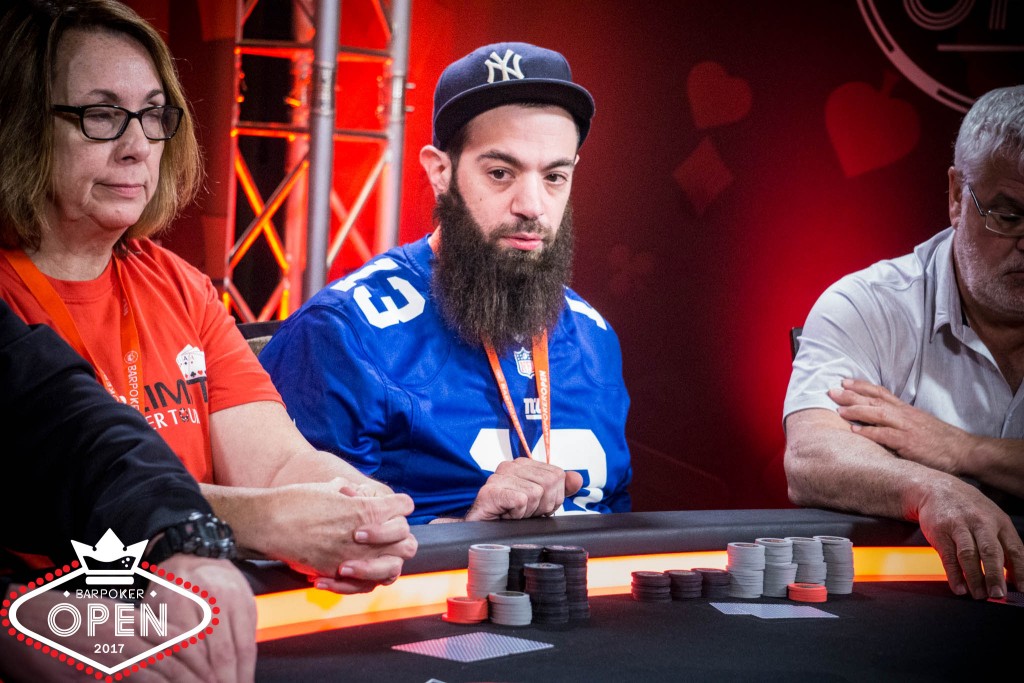 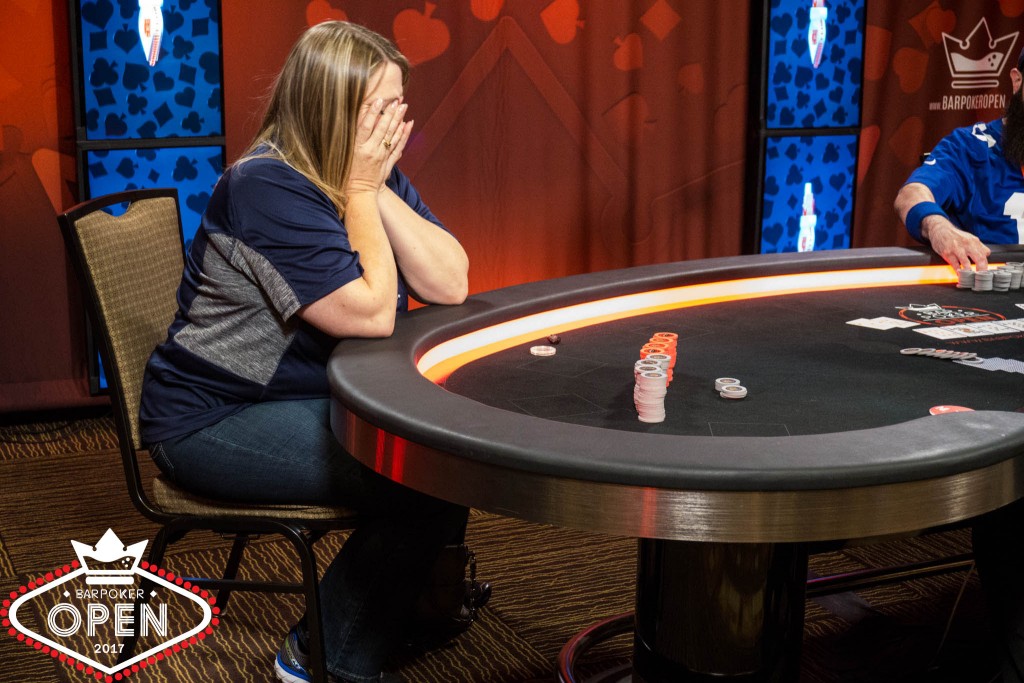 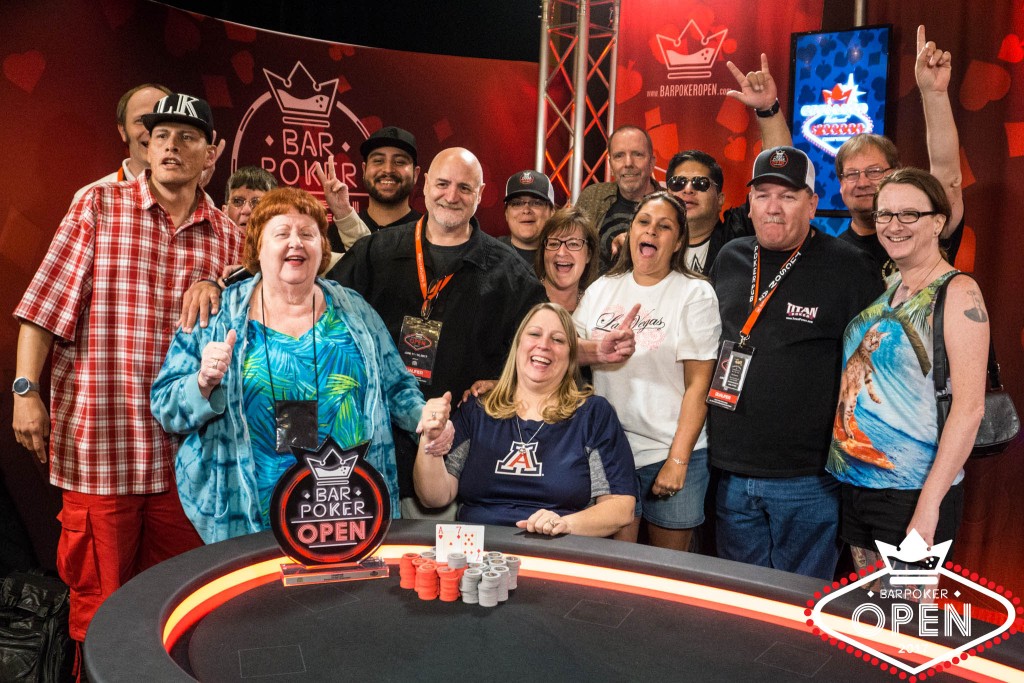