Oct 11 by BPO Staff | No Comments on Day 1A: Eight is Enough for Aaron Young

Day 1A: Eight is Enough for Aaron Young

2021 Bar Poker Open National Championship Level 4: 400/800/800 BB Ante Day 1A Entries: 499 Aaron Young got his stack of 8,800 all in pre-flop and was called in two spots. The players checked down the Qh8c6dQs5h runout and Young turned over Ac8d for a pair of eights. That was enough as his opponents showed […] 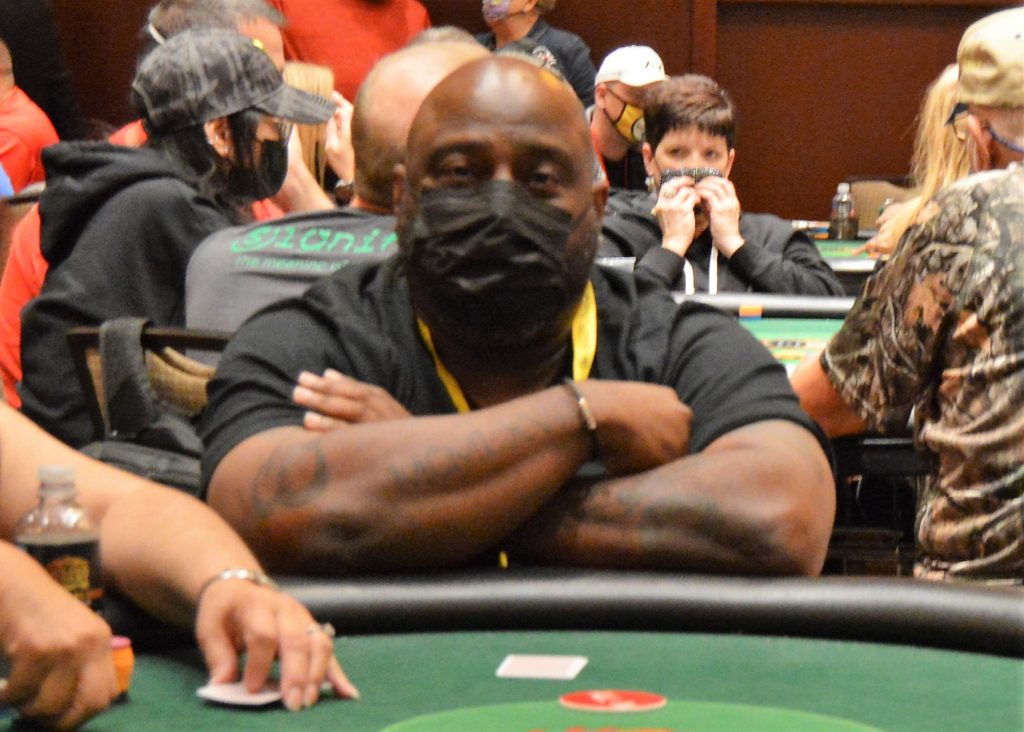 Oct 11 by BPO Staff | No Comments on Day 1A: Barnes Sits at the Stacked Table

Day 1A: Barnes Sits at the Stacked Table

Fritz Barnes (Riverchasers) another BPO Champion has arrived and is seated at one of the toughest tables in the room. Barnes won the 2015 Borgata Bar Poker Open earning nearly $23,000 and the BPO trophy. He is now sharing the felt with former BPO Champions Jesse Gutierrez and Caryn Bustos on one of the outer […]

Oct 11 by BPO Staff | No Comments on Day 1A: Bar Poker Open Champions Join the Field

Oct 11 by BPO Staff | No Comments on Day 1A: Kicking Off the Action

Day 1A: Kicking Off the Action

After two and a half years the big day is finally here in Las Vegas Nevada. The Bar Poker Open Championship Invitational No-Limit Hold’Em tournament is just underway and the tournament are is filling up fast with 460 players and counting already in the field. Levels will be 30 minutes each until 24 players remaining […]