Jun 27 by EPT Admin | No Comments on BPO Championship: Fritz Barnes Back To Defend His Title

BPO Championship: Fritz Barnes Back To Defend His Title 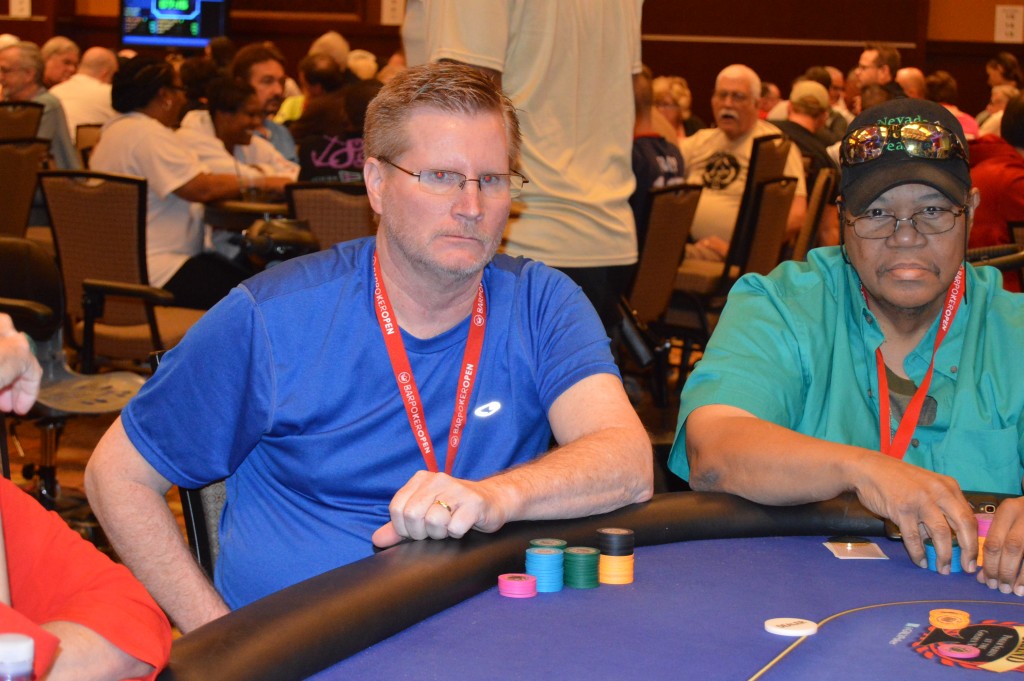 Last years Bar Poker Open Championship took place at The Borgata Casino in Atlantic City New Jersey. There were 682 total entries but in the end just one man was left holding the trophy.

Fritz Barnes came into heads up play with nearly a 4-1 chip deficit and after an epic comeback he earned the title and nearly $23,000. Barnes is back in his seat here at The Golden Nugget and looks to defend his title.  He will surely be one to keep an eye on and is already playing nearly double the starting stack.