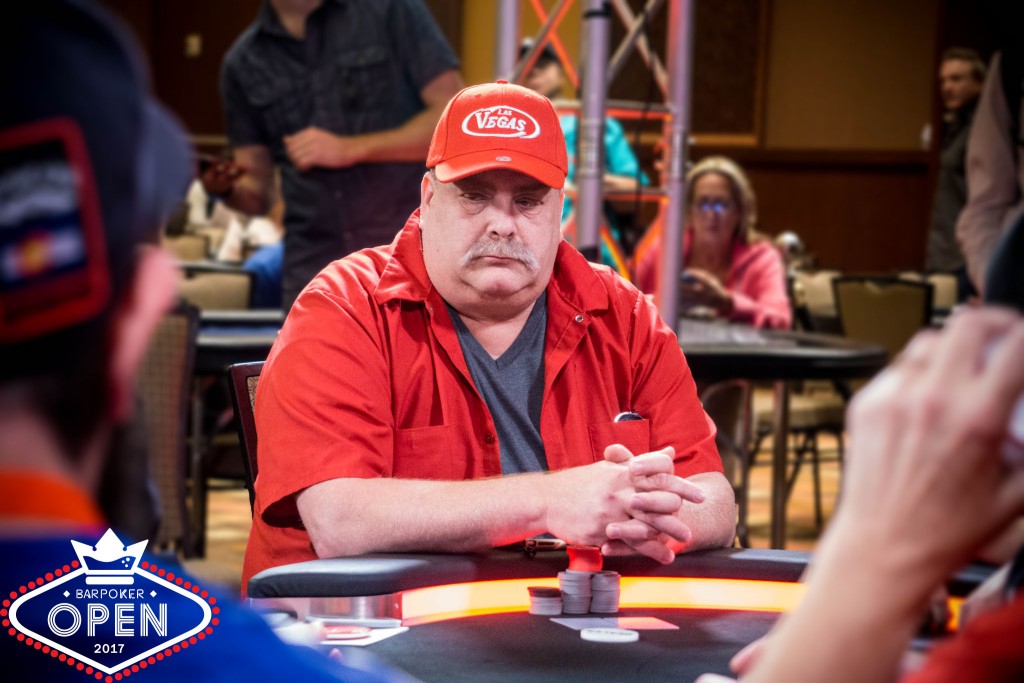 Tom Amato was short-stacked but played the patient game while other players hit the rail. He took a stand with As 5h and Nick Sims called with Js 8c. Amato had to dodge two live cards and he hit a little piece of the Kd 7s 5s flop. Sims was still live, missed the Th turn, but spiked the 8s river to send Amato out in sixth place for $6,917.