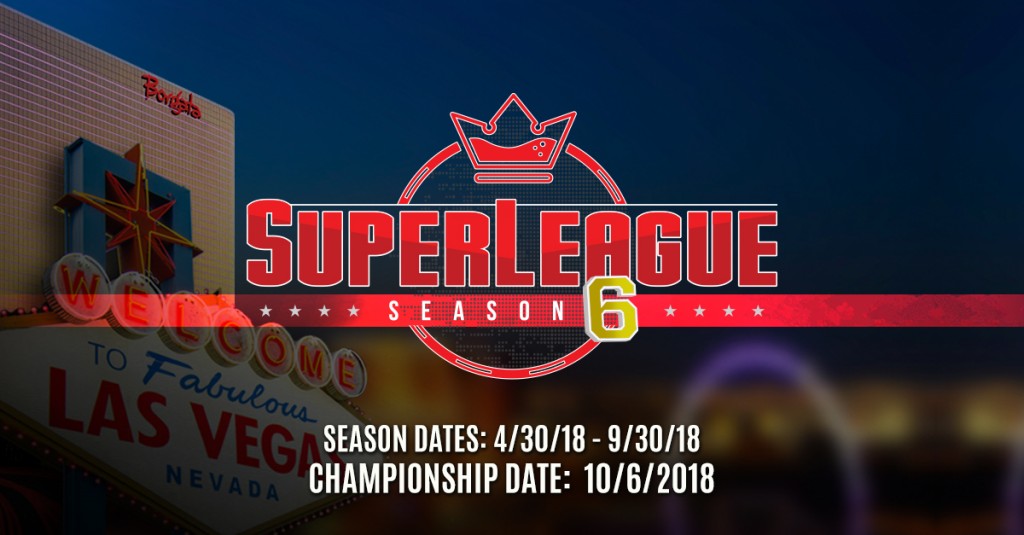 Time flies when your having fun!  We are already onto our 6th Super League Season!    The BPO Super League ranks all players from each league and gives HUGE benefits to each leagues top players based on ranking and # of events the league has hosted.  Top ranked players are invited to buy-into the upcoming championship and some are even invited to compete against other league’s top players for more than $7,000 in prizes in the Super League Championship!

Tier 2:
Every time your league host 10 games, a top ranked player wins a seat into the Super League Online Championship on Saturday, October 6, 2018.

Why is the leaderboard based on Events?
We find this to be the fairest measure of inviting top performing players from each league.   Quite simply, a league that hosts 1,000 games a season should be able to invite proportionally more players into the special events vs. a league that hosts 50 games / season.

Questions?
We are always available to answer emails via [email protected], or you can post your question here in the comments section below.

Buy-In:
0 Tokens
Invited by finishing in the Top 2 Tiers (Tier 1 & 2) on the super league ranking and you will see an invite in your dashboard
Top “Tier 1
“qualifiers get a rebuy advantage in event

Where?
BarPokerOpen.com
Registration will open October 6th at 9:30 AM (eastern time)