Oct 15 by BPO Staff | No Comments on Day 2: Nick Burnett Doubles Up 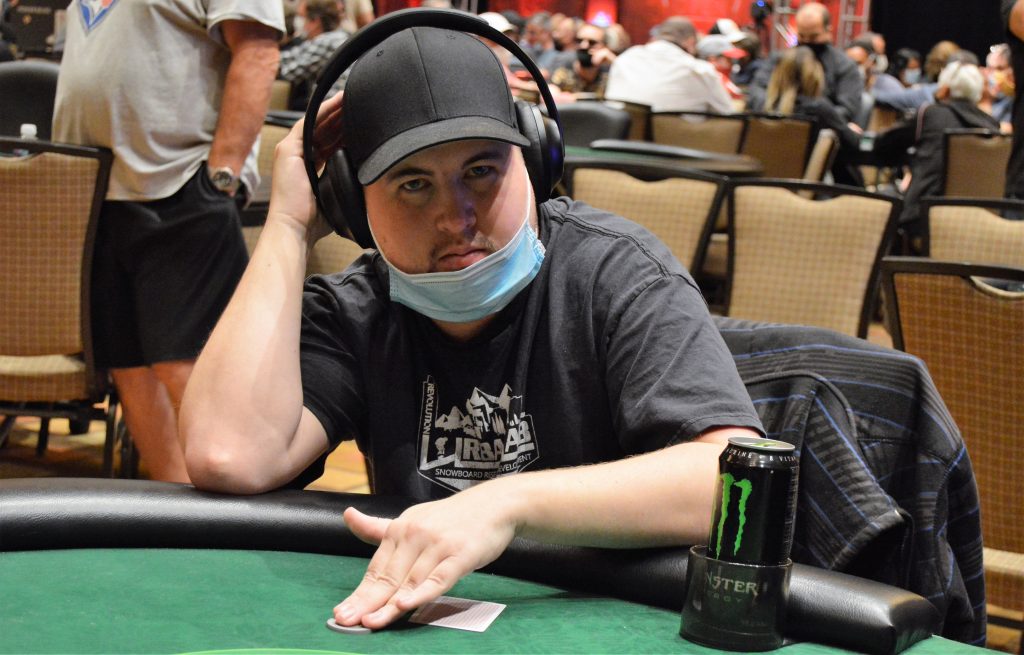 Nick Burnett (One Time Poker Tour) raised to 510,000 leaving himself just a single 5,000 chip behind. A player called and they went heads up to the Ac5d8d flop. Burnett put his last chip in the pot and his opponent called.

The turn brought the 10s and the Jd river improved Burnett to two pair to earn him the double up.