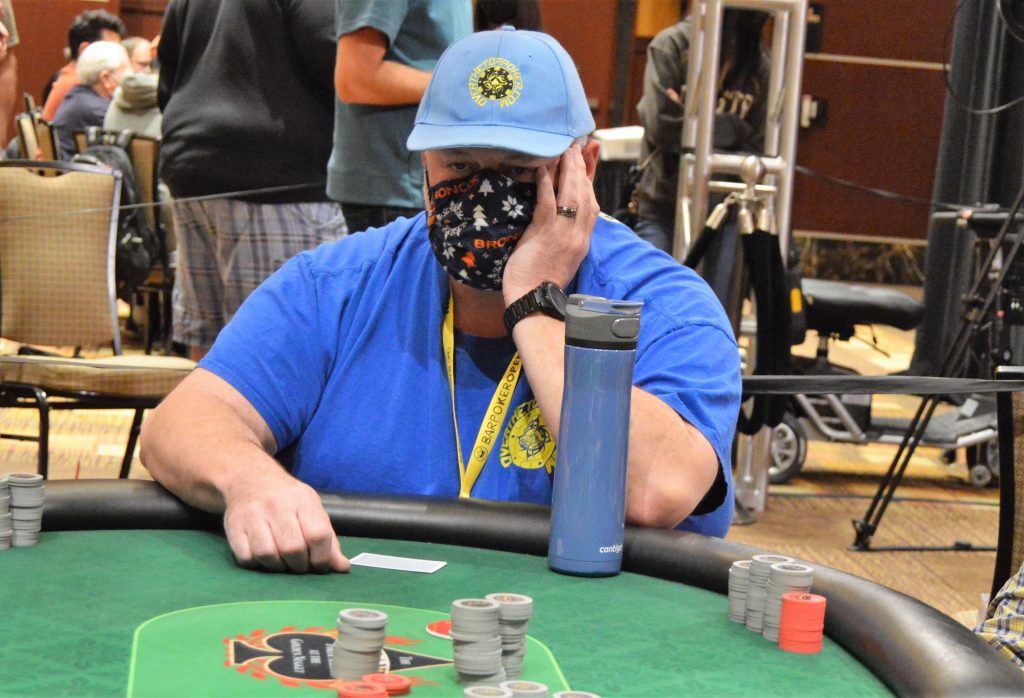 John Wolfson moved all in for 2,300,000 and Craig Farley called putting Wolfson at risk. Wolfson turned over KhQh and would need to improve against the Ah10c of Farley.

The dealer fanned the Qc4d2h flop and there was a queen in the window for Wolfson to take the lead. The turn brought the 2d and Farley would need one of the two remaining aces in the deck to eliminate Wolfson.

The As hit the river and Farley’s rail erupted as he indeed spiked his ace to score the knockout. Wolfson is our 12th place finisher and will take home $5,180 for his efforts. 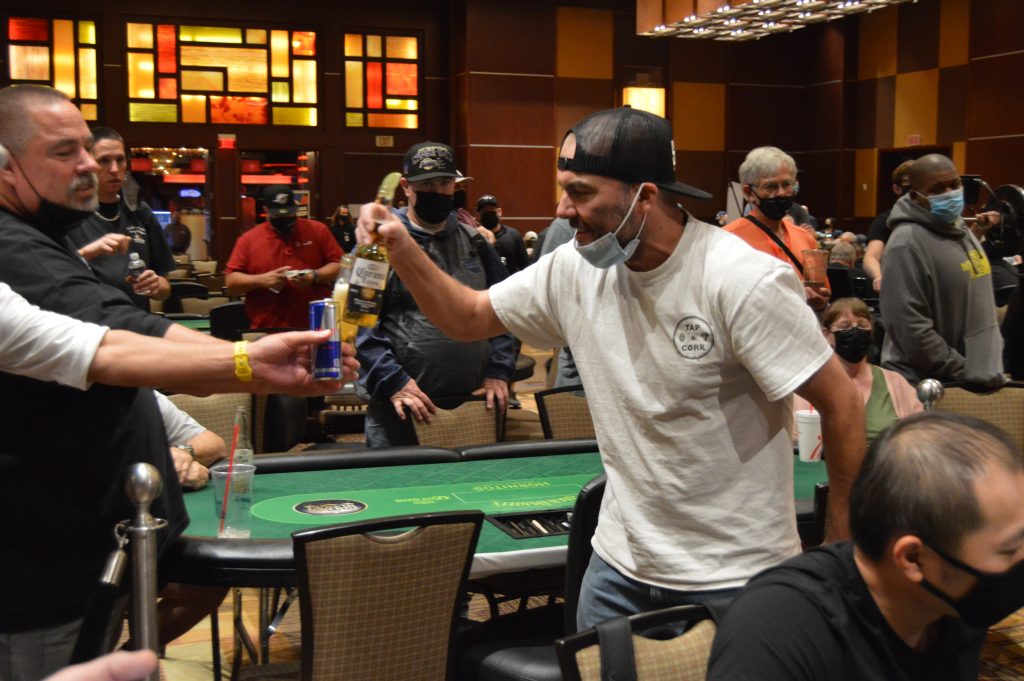