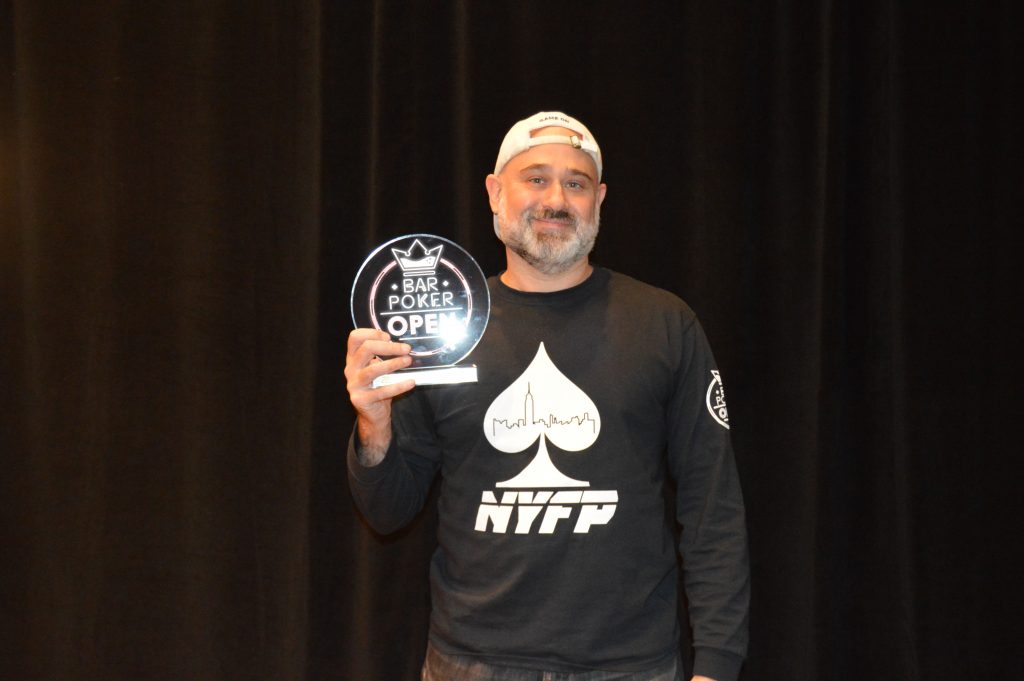 Both players checked and the Qd hit the turn. Terry checked to Martorella who moved all in for 4,975,000. Terry snap called turning over his AdAs and Martorella showed Qc10c.

The 9d river card sealed the deal for Terry and Martorella was eliminated in 5th place earning $17,020 and a BPO trophy for his efforts.