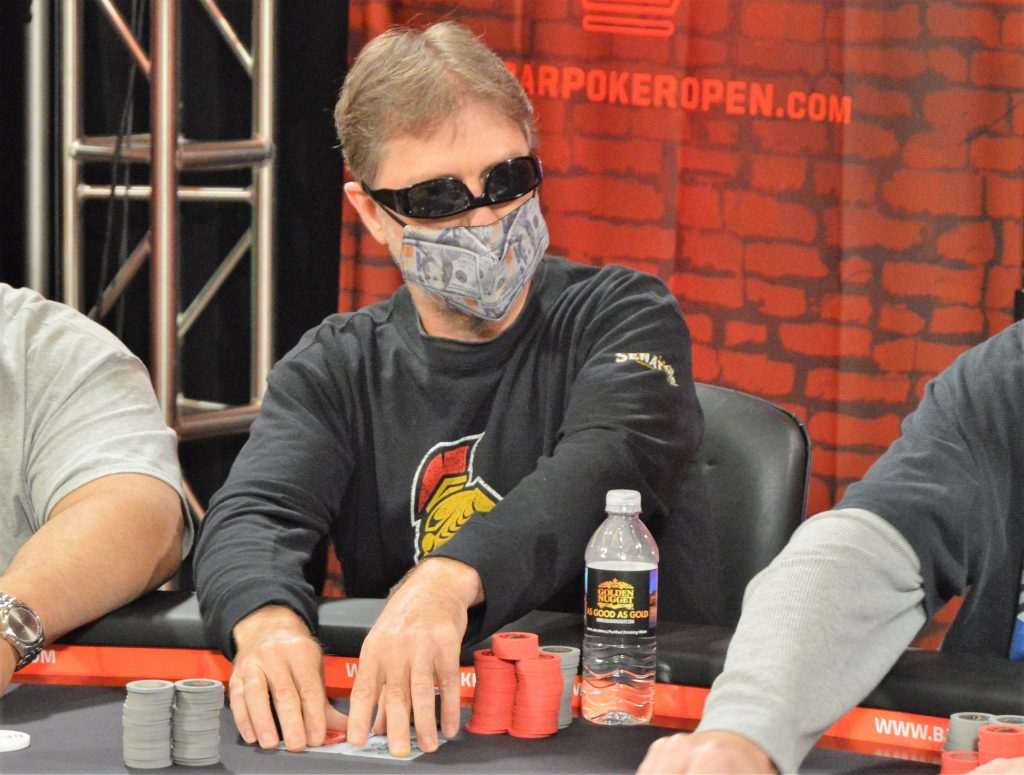 Farkas moved all in covering Kelly who called for about 15,000,000 and the hands were shown.

The turn 2h was no help to Farkas but the 8h completed the board and the rail erupted. Farkas spiked his straight on the river to eliminated Kelly who is our 3rd place finisher earning $30,010 and a BPO trophy for his efforts.