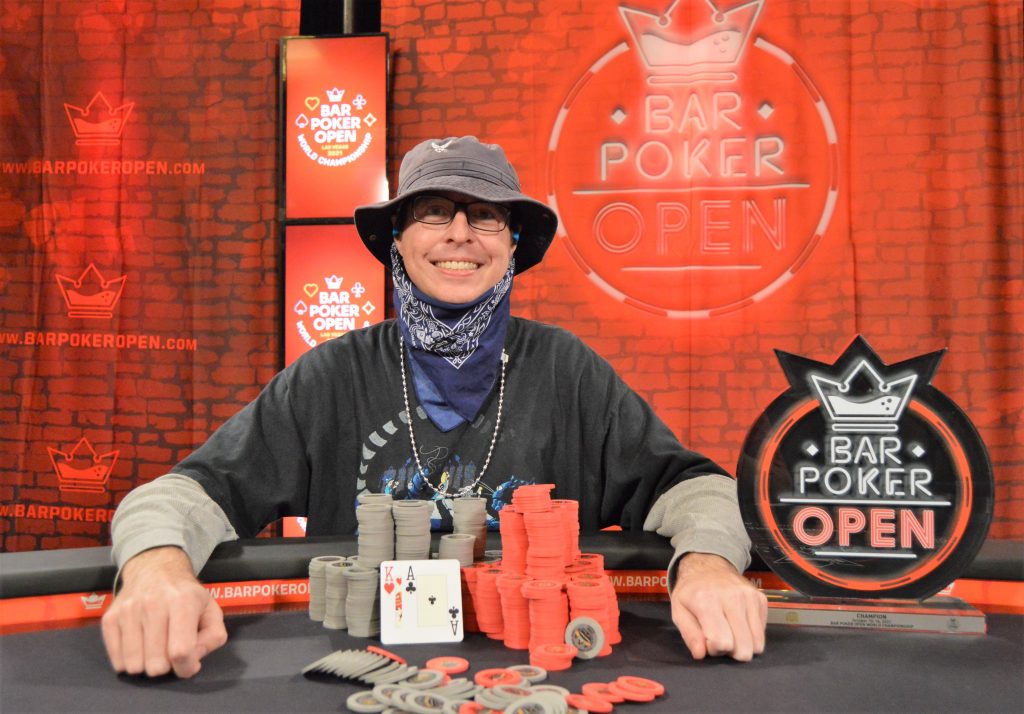 The Bar Poker Open National Championship at the Golden Nugget in Las Vegas Nevada was one for the ages. After a two and a half year lay off there were 2,386 players that entered and created the largest prize pool in Bar Poker Open history of over $450,000.

There was plenty of action packed into three days of tournament poker and when the dust settled Chris Farkas (AZ Hold’Em) was the last man standing. Farkas flew under the radar for much of day one and began to build a big stack late on day two.

He entered the final table in the middle of the pack in fourth chip position out of eight. It didn’t take long for Farkas to chip up and when it was down to three players he vaulted to the top of the chip counts. Farkas would eliminated Paul Kelly in third and began heads up play against Dean Terry with nearly a 3-1 chip lead.

Just a few short hands into heads up play the players found themselves in a classic coin flip situation. Farkas was holding ace king against the pocket jacks of Terry. There was a king on the flop to seal the deal for Farkas who is our 2021 Bar Poker Open National NLH Champion earning $70,047 and the Bar Poker Open Championship trophy.