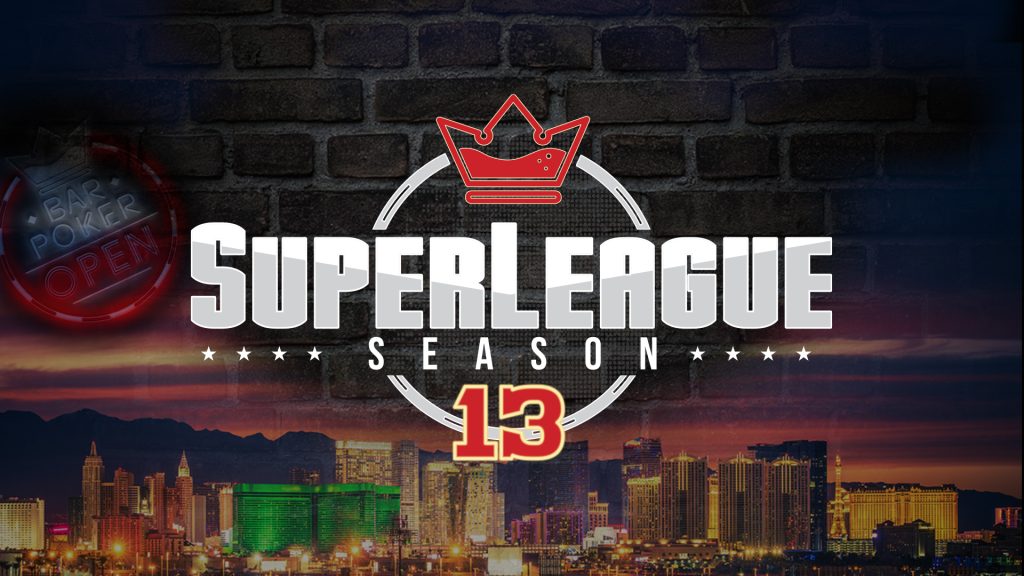 Season 13 of the Super League
The 13th Season of the Bar Poker Open “Super League” is here and our sites are entirely focused on Vegas 2023!  The Super League ranks all players from each league and gives HUGE benefits to top players of each league based on ranking and # of “BPO Events” the league has hosted.

Bar League “PRO” Online Games will also be included as a “League” in the Super League!
We fully understand that not everyone is able to play in their local bars, so this is your way to keep yourself “in the game” and still be able to join is in Florida!

You can also compete in BOTH leaderboards to maximize your chances!
Compete in both your local games and the Bar League “PRO” online games!  You can then utilized your best ranking to qualify for the Super League Championship and earn your way to a 2023 Las Vegas World Championship Invite!

Tier 2:
Every time your league host 10 games, a top ranked player wins a seat into the Super League Online Championship on Saturday, April 29, 2023

This rankings are all very clearly laid out on your league’s page.  For an example of a league’s rankings page click here:
https://barpokeropen.com/leagues/eastern-poker-tour/primary/rankings/super-league

Here you can view:
– Rankings leaderboard
– Projections on players to be invited based on your league’s events
– Levels Explained
– Rankings formula and even a tool to check points
– Super League Championship Information

Why is the leaderboard based on Events?

Because every event matters!  We find this to be the fairest measure of inviting top performing players from each league to base it on the leagues commitment to the Bar Poker Open Championships.  It is a direct correlation that the more games that your league hosts locally, the larger our National Championship.

Accurate Results:
Sometimes a player can get a reward or not based on a cut-off of just 1 point, so it is imperative that your TD or League Owner submits results and attendance that are perfectly accurate and do not allow players to chop or modify any rankings even if prize are altered.  If you feel there is something wrong with the result of a game, please contact us.